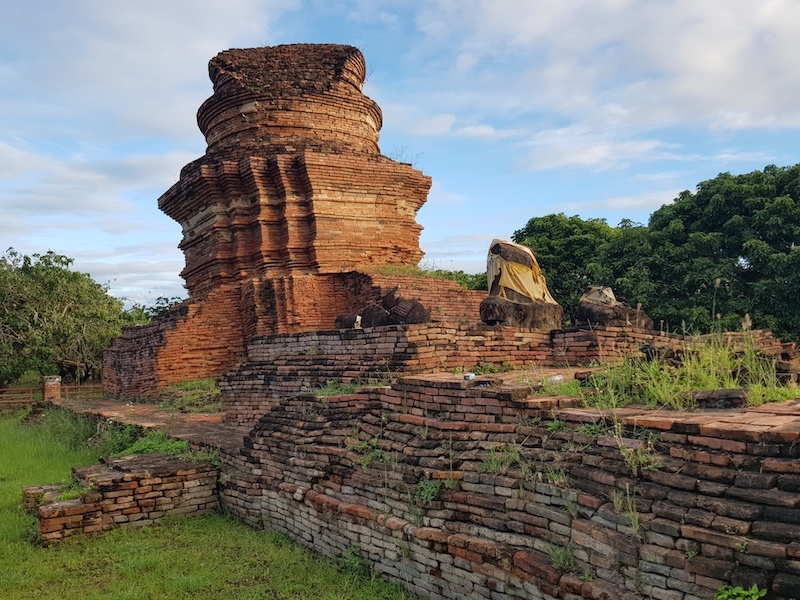 The History of Wiang Thakan

It is not easy to find information about the history of this archaeological site. The settlement dates back to the period of the Mon Kingdom Hariphunchai (ca.750-1282). King Mangrai, the founder of Chiang Mai, conquered Hariphunchai in 1282 and founded Wiang Kum Kam afterwards. Wiang Thakan thus predates Wiang Kum Kam. After the demise of the Hariphunchai Kingdom, it became part of the Lanna kingdom until the Burmese conquered Lanna in 1558. 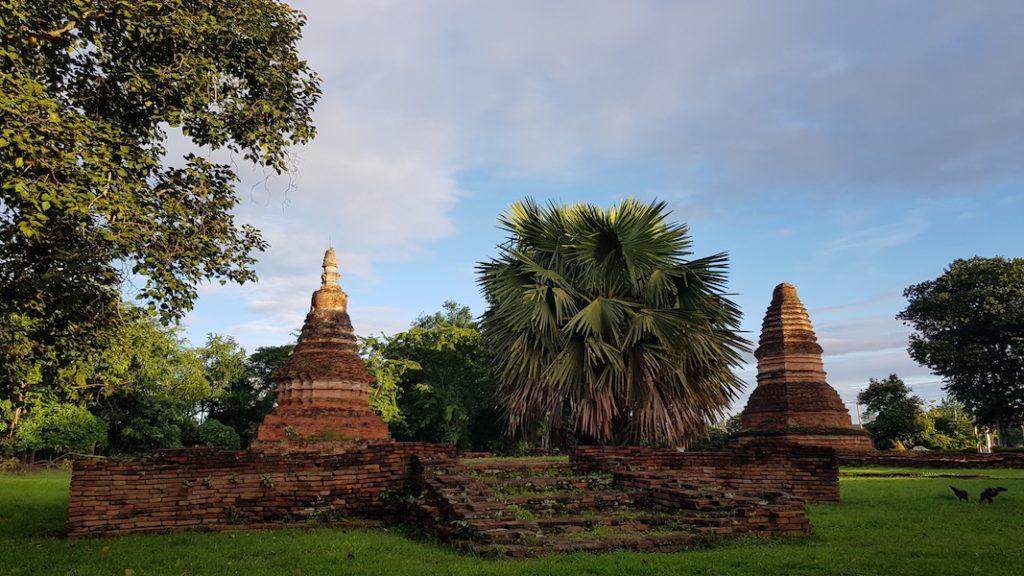 At the end of the 18th century, Siamese and Lanna forces finally drove the Burmese out of Lanna. Large areas of the Lanna kingdom had suffered enormously under the years of fighting and destruction. Chiang Mai was in ruins. King Kawila was the first king of the revived Lanna kingdom. He convinced people who had fled the area to come back to repopulate areas around Chiang Mai and Lamphun. He conquered parts of northern Shan State in Myanmar and brought back people he captured. A Thai historian called Kawila’s Lanna rebuilding campaign “Put vegetables into baskets put people into towns.” Many of the people who ended up in Wiang Thakan were Tai Lue and Tai Yong (Tai Lue people from Muang Yong in Shan State). 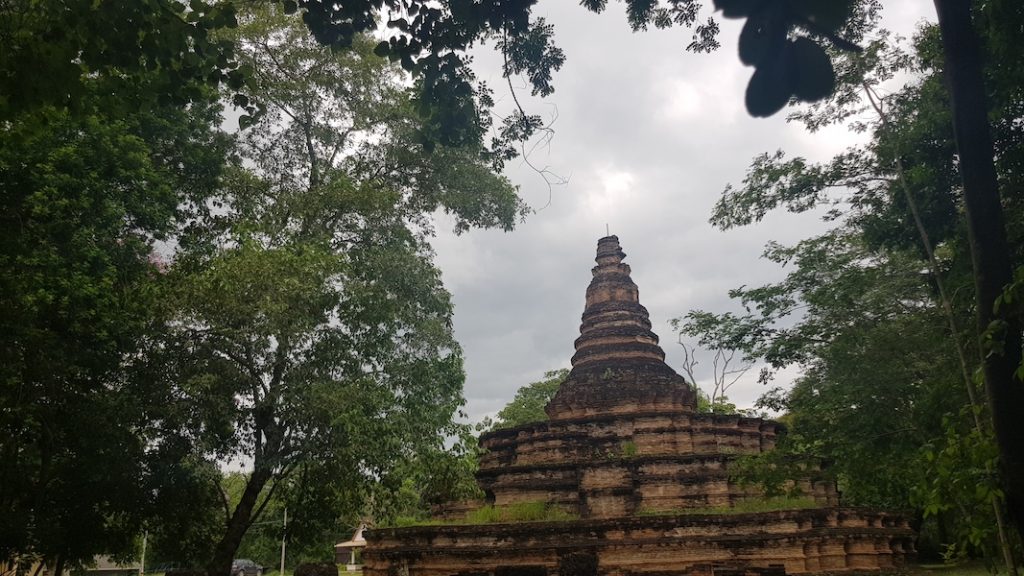 Archaeological excavations in the 1980s

Thai archaeologists visited the village in 1965 for the first time. In the mid-1980s archaeologists from Chiang Mai University started excavations around Wiang Thakan. They found skeletons, terracotta pottery, bronze Buddha images and other ancient artefacts. In the following years restoration on some of the ruins started. While the Fine Arts Department spent a considerable amount of money on the restoration of the ruins of Wiang Kum Kam, little was spent on Wiang Thakan. It is just too far away from Chiang Mai, I guess. When you visit Wiang Thakan, you will probably not meet any other tourists. Visiting this lovely archaeological site is a very personal and special experience.

For Chiang Mai, a la Carte the ruins of Wiang Thakan are exceptional. We love archaeology and history. If you visit the ruins, it makes sense to visit the nearby wonderful Chiang Mai Doll Making Centre and Museum as well.

The countryside around this archaeological site is very picturesque and beautiful. It is fantastic for cycling. The bicycle ride of the Mae Wang trekking and cycling tour of Green Trails ends at the ruined city. Our favourite ruins are Wat Klang Wiang, Wat Khu Mai Daeng and Wat Ton Kork.

If you are interested in ruined cities, please visit our pages Wiang Kum Kam and Wiang Lo.

This fantastic archaeological site features in this tour: