This is just a random list of the things to do and things to see in Chiang Rai. It is a very personal list and it is a work under construction. The city of Chiang Rai and surroundings have a lot to offer if you look a bit further than the mundane attractions of Chiang Rai. If you miss anything in this list, please let us know. We love to get your feedback. Let’s start “temple hopping”!

Since the opening in 1997 Wat Rong Khun has become the most popular tourist attraction of Chiang Rai. Wat Rong Khun is known as the “White Temple”. Wat Rong Khun is not a temple. It is an art object in the style of a Buddhist temple. There used to be another temple, called Wat Rong Khun, at this location and that time was in a bad state. Local artist Chalermchai Kositpipat bought the property and designed and constructed the current building. Over time many buildings have been put up around the building. There are restaurants and several parking lots now around Wat Rong Khun to cater to the thousands who visit it daily. We recommend to visit Wat Rong Khun in the early morning or late afternoon. Wat Rong Khun features in our Chiang Rai Temples, Markets and Gardens tour.

Wat Phra Kaew is one of the oldest temples of Chiang Rai. It is in the centre of the city, not far from the Central Market and the Clock Tower. It dates back to at least the end of the 14th century. In 1434 the highly revered Emerald Buddha statue (aka Phra Kaew Morakot) was discovered in this temple. It was hidden in the chedi of the temple until lightning hit the chedi. The chedi was damaged to such an extent that it revealed the statue. The Emerald Buddha is now in Wat Phra Kaew in Bangkok. Wat Phrakaew has an interesting museum with many Buddhist artefacts. 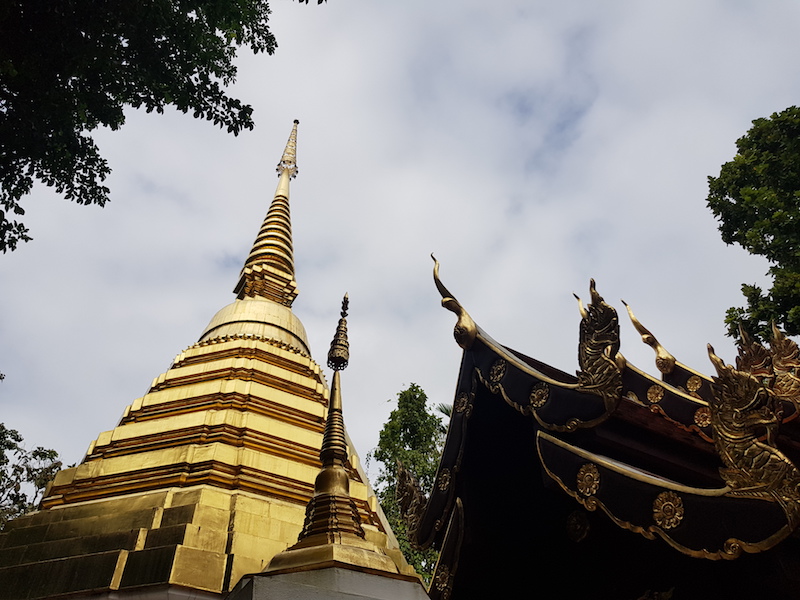 The Chedi of Wat Phra Kaew

Wat Sang Kaew Photiyan is in Mae Suay district, about 50 km south of Chiang Rai. This temple was recently constructed and features in our Chiang Rai White Temple Tour. The location is nothing less than spectacular. The view over the countryside is lovely. There are many statues at this temple which covers about 4,5 ha. The most striking feature of Wat Sang Kaew Photiyan is a huge sitting statue of Kruba Srivichai, the “engineer monk”. Kruba Srivichai’s followers reconstructed more than 200 temples in North Thailand. They also constructed the road to Wat Doi Suthep in Chiang Mai in 1935.

You would most likely visit this temple on your way from Chiang Mai to Chiang Rai or vice versa.

Locals know Wat Rong Suea Ten, the temple of the dancing tigers, better known as the “Blue Temple“. This temple attracts a growing number of visitors. The Blue Temple is in Rong Suea Ten Village in the Rimkok District, on the north side of the Kok River. They are adding building and statues continuously. The temple has undergone a lot of changes since the first time we visited. There are now souvenir stalls, coffee shops and a large parking lot at the temple. 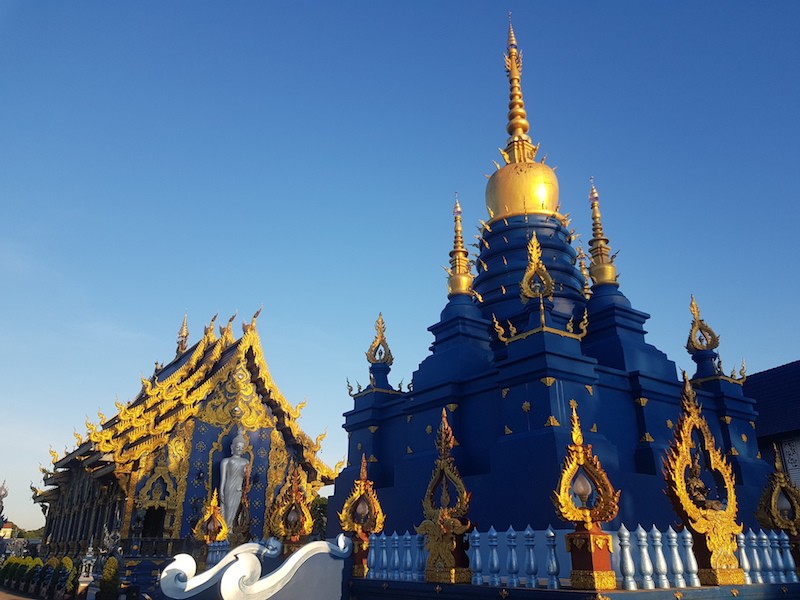 Chedi and Viharn of the Blue Temple

Wat Huay Pla Kang is another rather new attraction in Chiang Rai. The white statue of Kuan Im aka Kuan Yin, the Goddess of Mercy, is visible from a long distance. This sizeable complex attracts many local visitors. In the statue is an elevator which will take you to a floor in the building from where you have a nice view over Chiang Rai and surroundings. 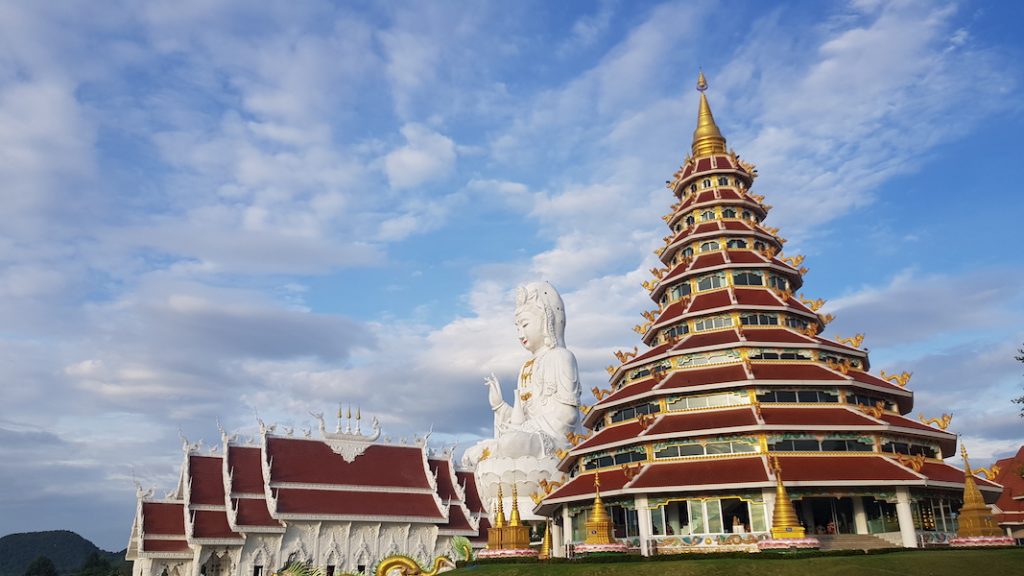 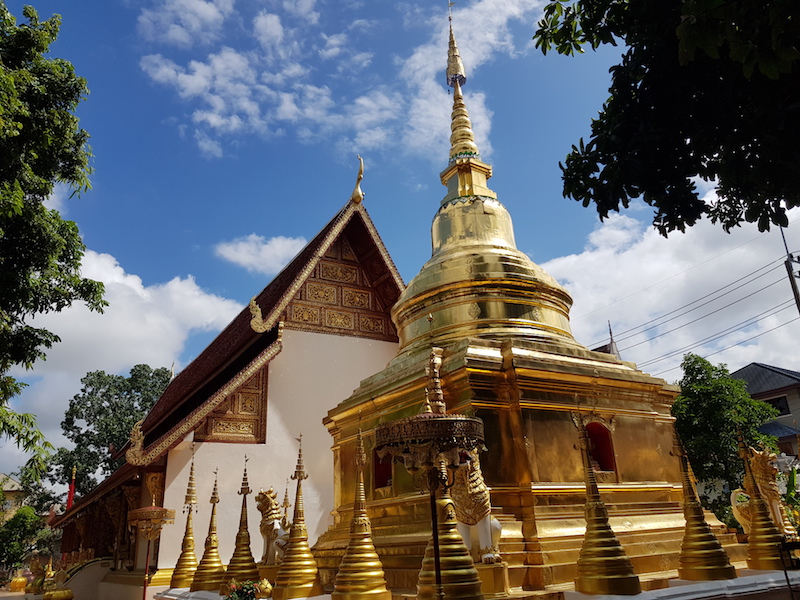 Few foreign tourists visit this very interesting temple. Wat Fang Min is a beautiful and recently constructed temple. Behind the temple is probably one of the oldest temple ruins of Chiang Rai City. It has a chedi with a square base with four Buddha statues and a small house with more Buddha statues. Then there is a row of smaller chedis overgrown with moss. Each chedi represents a day in the week. 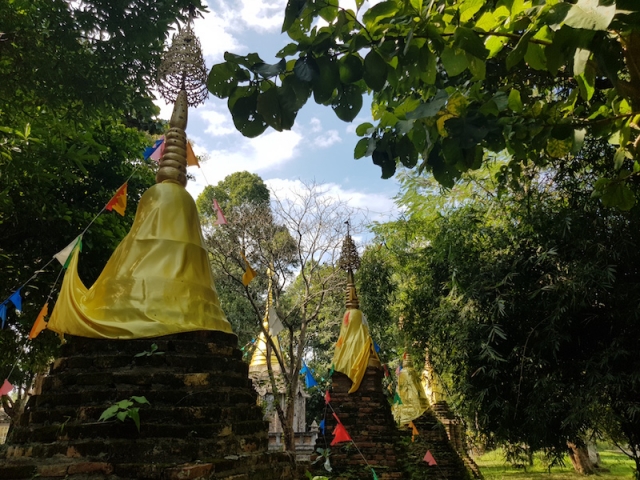 Wat Mung Muang is a spectacular temple, located very close to the famous Clocktower of Chiang Rai. It dates back to the 16th century but there are several recently constructed and renovated buildings. Until recently there were bamboo scaffolds visible at the temple. Wat Mung Muang is very different from other temples and worth a visit. 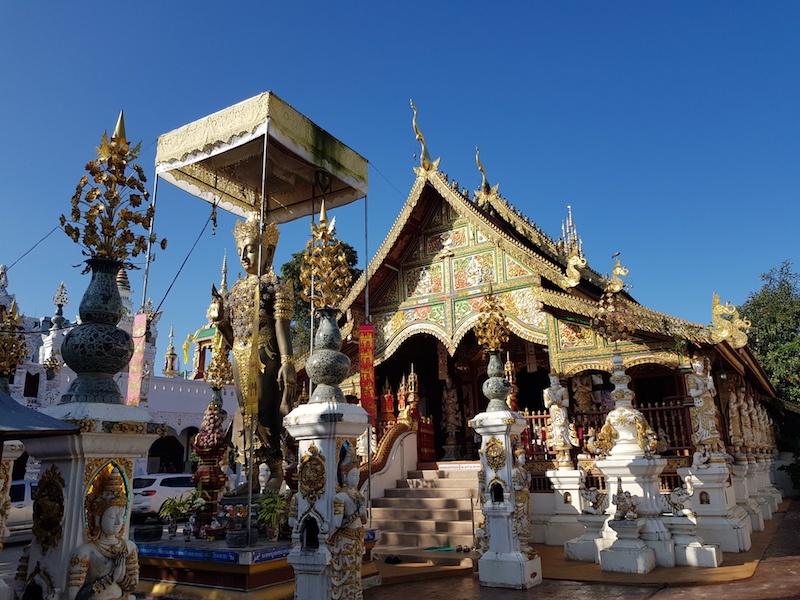 Overlooked by many people Wat Phrathat Chom Thong is worth a visit. The temple is located on Doi Chom Thong, the little hill overlooking the Kok River. The temple predates the foundation of Chiang Rai. According to an ancient chronicle a local ruler stored relics of the Lord Buddha in the chedi of the temple in the 10th century.

Chiang Rai’s City Pillar doesn’t have a house but is in an open space, close to the temple. Wat Phrathat Chom Thong has three staircases leading to the temple. One of them is very steep. 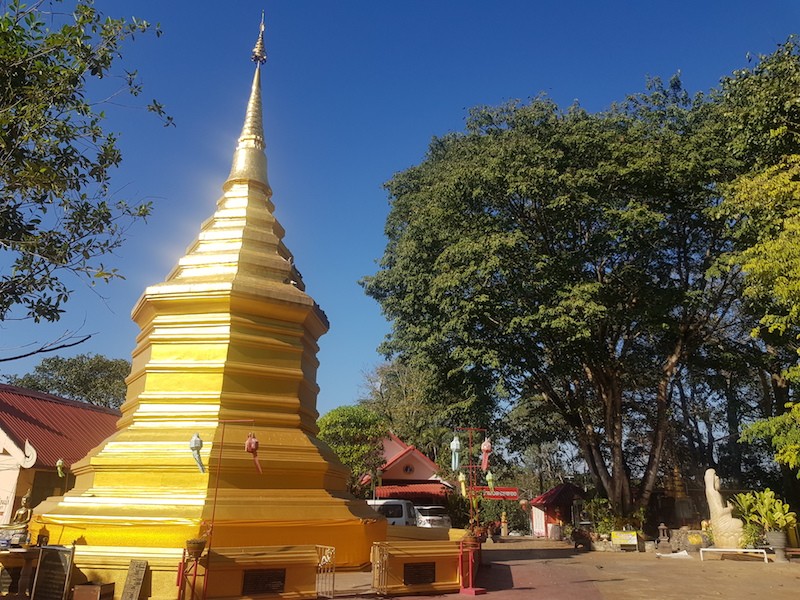 Make a tour by samlor

The samlor is the traditional bicycle taxi. “Sam” means “three” and “lor” means “wheel” in Thai. A samlor is a vehicle with three wheels. It was introduced in Thailand in the 1930s. There were once thousands of these bicycle taxis on Thai roads but numbers are on the decline. If this trend continues the samlor will disappear which would be very sad. According to local people there are at least 70 samlors in Chiang Rai but I only found a single one at the main market, Kad Luang. A samlor ride is featured in some of our tours. Chiang Mai on Three Wheels organises samlor tours in Chiang Mai. 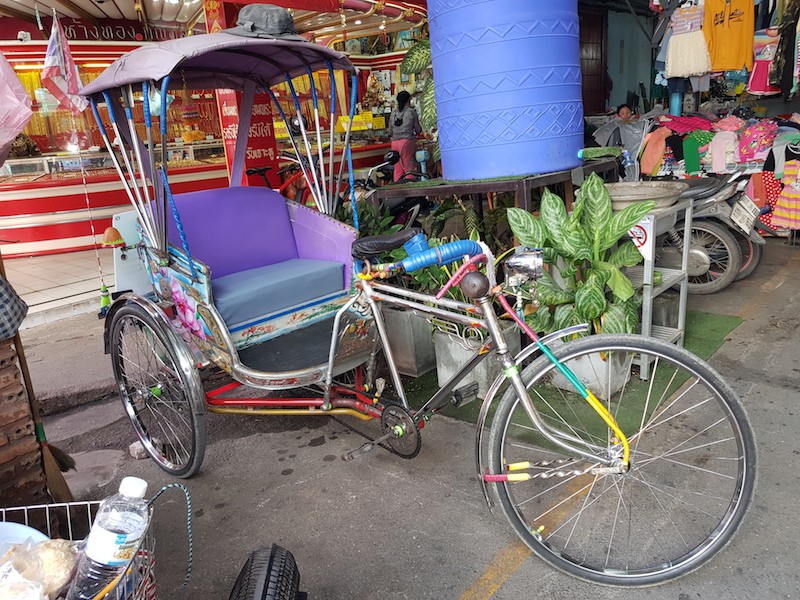 The countryside is perfect for cycling. It is very traditional, and there are many nice country roads, villages and local temples. Spending half a day or a full day cycling is a great experience. Chiang Rai is a much smaller city than, for instance, Chiang Rai. It doesn’t take long to leave the traffic behind. The runway of the old airport is a very popular recreation area where locals are jogging and riding bicycles around sunrise. 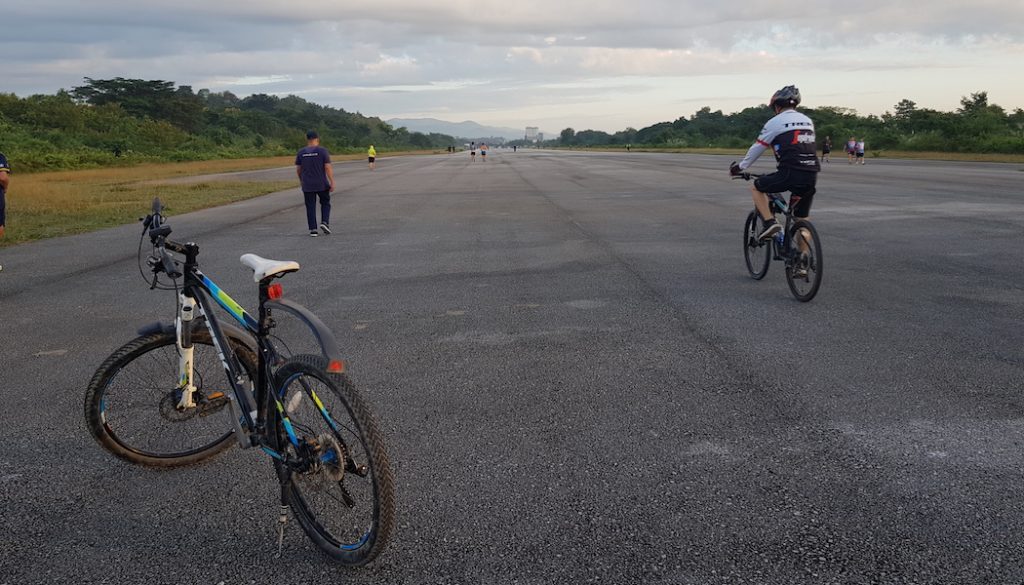 Bicycle ride on the old airport

One of the great activities in Chiang Rai is trekking. Chiang Rai province has an enormous diversity when it comes to tribal villages. There are some fantastic trekking areas north and northwest of the city. It only takes a drive of about half an hour to get there. There are waterfalls and magnificent views. We can take you to areas where it is improbable you will meet other trekkers or really anyone. Give it a try.

Into the forest Family trekking

Boat Trip on the Kok River

The Kok River is a tributary of the Mekong River. It originates in Shan State, Myanmar, and flows from Thaton to Chiang Rai and onwards towards the Mekong. The boat trip from Thaton to Chiang Rai has always been one of the great activities in Chiang Rai. The trip takes 2,5 to 3 hours in a local boat. It is still a great adventure. If you don’t want to make the full trip, it is also possible to make shorter trips, get off the boat and continue by car. 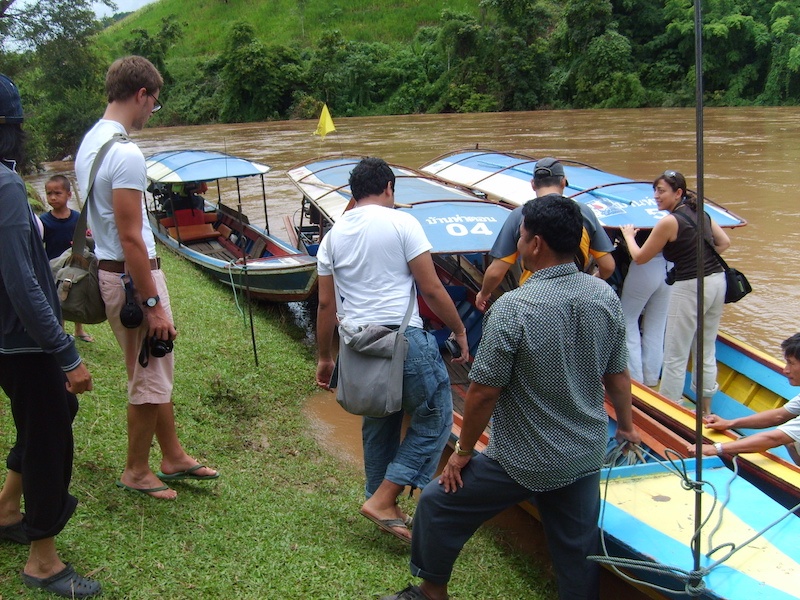 Things to see in Chiang Rai

The Oub Kham Museum is a small private museum not far from the centre of Chiang Rai. It exhibits artefacts and pictures of the former Lanna Kingdom and areas that are now part of Laos and Myanmar. Entrance fee is 300THB. You will get a guided tour for that. If you are interested in the history of North Thailand, this museum is worth a visit. It is open every day from 0800 until 1700. 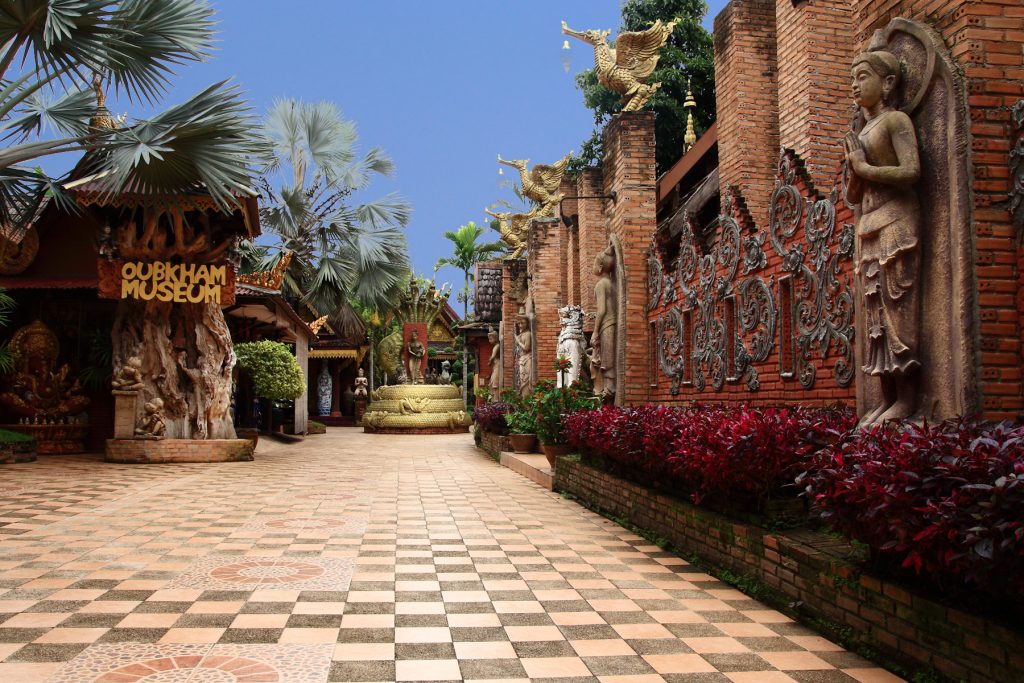 The Black House (aka Ban Dam or Baan Dam Museum) is just off the road from Chiang Rai to Mae Sai, about 15 mins drive from the centre of Chiang Rai. It is the former residence of national artist Thawan Duchanee. It is a collection of buildings and structures that exhibit rather morbid objects such as skeletons and buffalo skulls. It’s all pretty dark and gloomy. Baan Dam is not everyone. Entrance fee is 80THB. Open daily from 0900 until 1700. 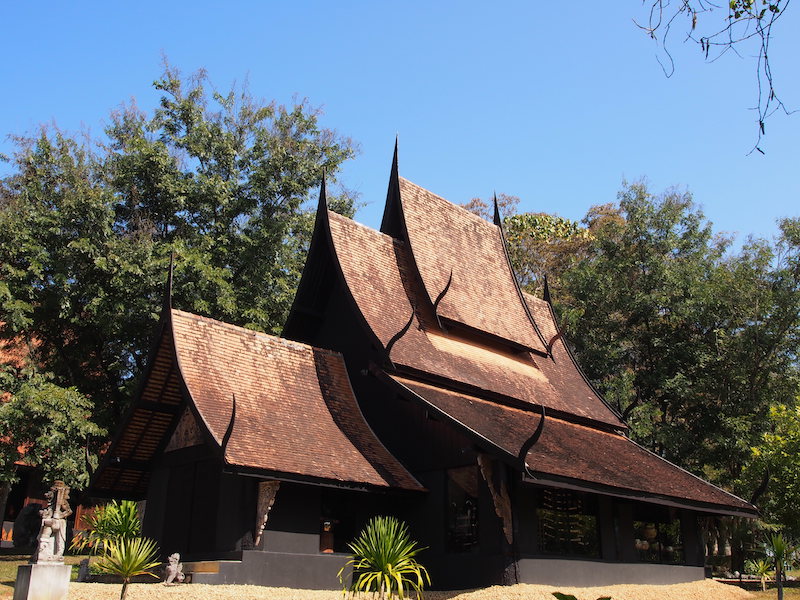 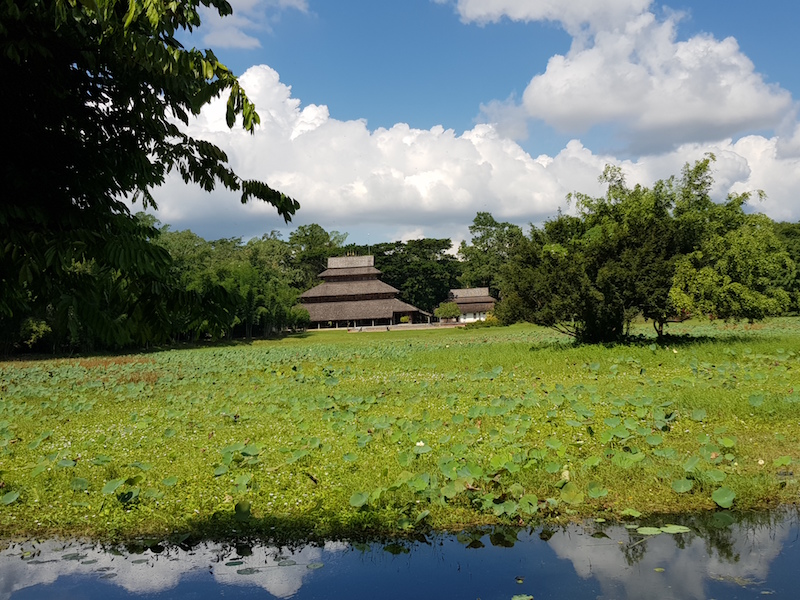 The Field Marshall Plaek Phibunsongkram Museum is also known as the Army Museum. The house was constructed in the years 1940-41 for the Field Marshall who was the Prime Minister of Thailand and dictator from 1938 to 1944 and 1948 to 1957.
The exhibits in the museum are related to the life of the Field Marshall and to the invasion of Shan State and four districts of Mong Pan State in 1942. The Thai Payap army occupied these territories, known as Saharat Thai Doem (“Unified former Thai Territories”), until the end of World War Two.

The house is beautifully located on the hill overlooking Chiang Rai. There is a nice coffee shop right next to the house. All explanations in the museum are in Thai so you need someone to translate for you. It is worth a visit if you are interested in history. 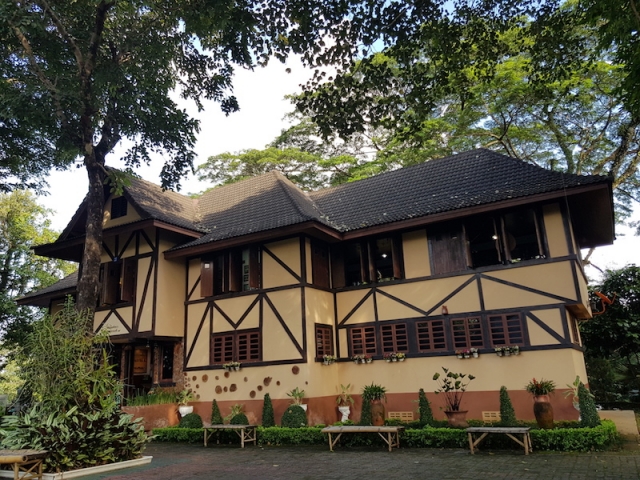 Things to do in Chiang Rai Province

Santikhiri is a town on the mountain Doi Mae Salong, northwest of Chiang Rai. Everyone knows the town as Doi Mae Salong. It is here that Chinese Nationalist troops settled after having been ousted from Burma. After communist troops under Mao defeated them in 1949, they move to Burma and eventually ended up in this part of Thailand. They are now Thai citizens. Doi Mae Salong has a distinct Chinese atmosphere though.

The landscapes around Doi Mae Salong are spectacular. Tea plantations and Akha villages surround the town. It is certainly one of the most scenic and fascinating destinations in North Thailand. Most people visit Doi Mae Salong out of Chiang Rai on a day tour, but we recommend to stay at least one overnight there.

Chiang Saen is a lovely and quiet town on the Mekong River. It has a rich history though that goes back to the 7th century. It is about an hour drive from Chiang Rai. Chiang Saen has been independent principality that was under Lanna and Burmese rule in the past. In the late 19th century it became part of Siam, now Thailand. There are some impressive ruins, Buddha statues and leftovers of city walls that are worth visiting. The city walls are the best preserved in the country. 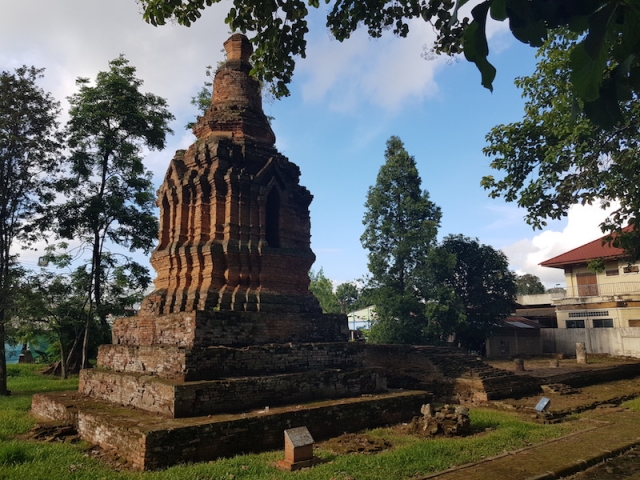 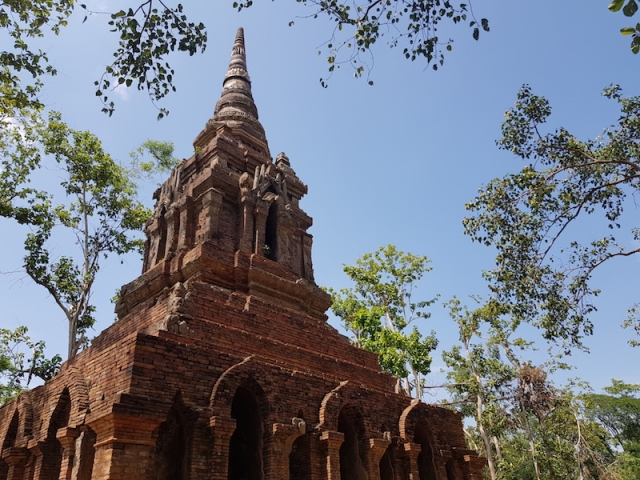 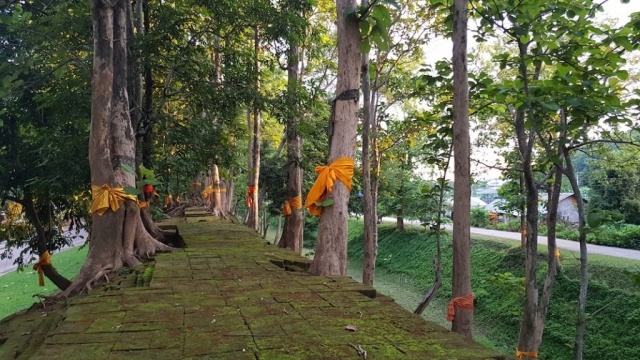