The Tai Ya People – History and Culture

The Tai Ya are a Tai ethnic group and most of them live in Yunnan province, China. In China, they are called the Huayao Tai (Chinese for ‘Colorful Waist Tai’). In Thailand, they are also called Tai Ya. This name comes from the colourful cloth belts worn by the women. In a 1990 official Chinese government survey, 55000 Huayao Tai were reported living in Yunnan.

In the late 1920s and 1930s, some of them migrated to Chiang Rai province, Thailand, for economic and religious reasons. They who moved to Thailand were Christian. They were persecuted in China. In Thailand, they live in several communities between Mae Chan and Mae Sai in northern Chiang Rai province. Ban Nam Bor Khaw was one of the first settlements in Thailand and is currently the biggest community. It is located in Tambon Huay Khrai in Amphoe Mae Sai. There are only about 400 Tai Ya in Thailand.  The people of Ban Nam Bor Khaw are in touch with their fellow Tai Ya in China. Several members of Ban Nam Bor Khaw have visited communities in Yunnan.

There is a small community Center in the Nanthitham Church in Ban Nam Bor Khaw. I was told that there are plans to build a traditional house. They really work hard on keeping their traditions alive. They were present at a tribal festival in Chiang Mai in 2012 and that’s where we met them for the first time. 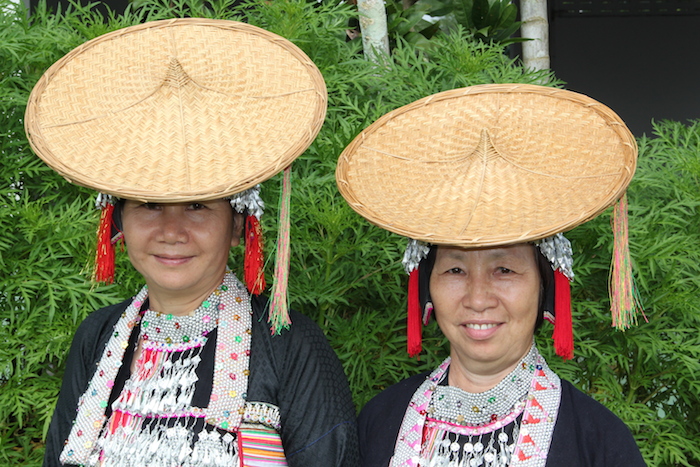 The Tai Ya people speak a language that belongs to the Tai Kadai language family. There are three dialects that are mutually intelligible. The written language was based on the Northern Thai Tham alphabet, that is also used for the Tai Khün language and the old version of the Tai Lue language. It is not anymore in use by the Tai Ya people. In general you can say this script is only being used in monasteries and temples.

Here is an example of the Tai Ya spoken language.  Haute Culture Textile tours made this video for us: 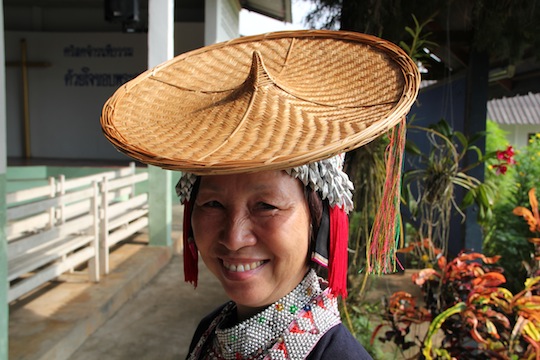 Their traditional dress is very beautiful and colourful with the characteristic bamboo hat. These pictures were taken by Donna Bramhall of Haute Culture Textile Tours for Green Trails. To enlarge click on the image. 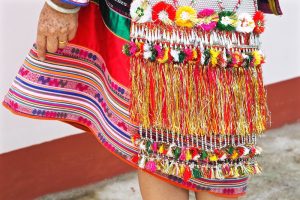 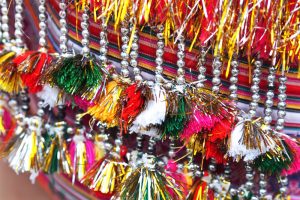 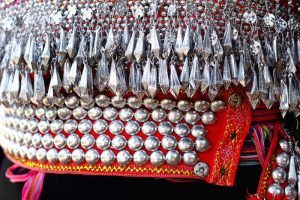 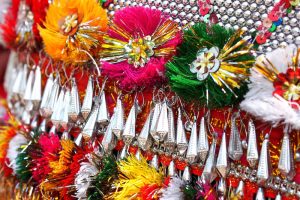 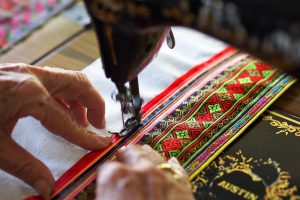 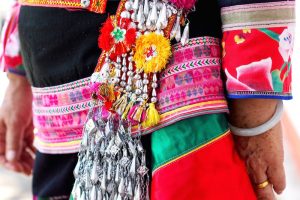 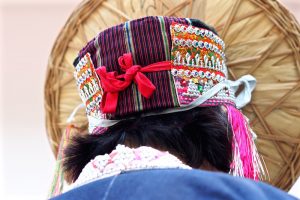 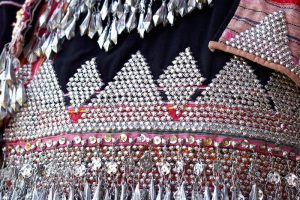