Our Railway Journeys are multiple day programs that contain at least one train ride. All our tours use the Northern Line of the State Railway of Thailand network. This line starts in Bangkok and ends in Chiang Mai. The first part of the line from Bangkok to Lopburi opened in 1901 but after that the construction stalled for several reasons. The line opened progressively to Paknampho (opposite the city of Nakhon Sawan), Phitsanulok and Ban Dara by 1908, but construction beyond Mae Phuak in the mountains halted in 1909 due to financial constraints.

There were plans before to construct a line to Chiang Rai and onwards to Chiang Saen but these plans were dropped. The end of the line was to become Chiang Mai instead. The most difficult section was the stretch through the Khuntan mountain range. Construction of the Khuntan tunnel started in 1913 and was finished in 1918. King Prajadiphok, Rama VII, opened the line officially during his visit in Chiang Mai in January 1922.

The line leads from Bangkok to Ayutthaya and Lopburi and onwards to Nakhon Sawan. This is the Chao Phraya basin. It’s flat and mostly rice fields you pass through. It continues to Phitsanulok and then Denchai. Here the scenery starts to become mountainous and lush. We pass through several short tunnels until we reach the Khuntan mountain range. This stretch is spectacular. We pass through the longest railway tunnel of Thailand: the famous Khuntan Tunnel. We descend towards the plains and pass the famous White Bridge before we reach Lamphun. It is then a short distance to Chiang Mai, the final destination. Join us on our railway journeys. 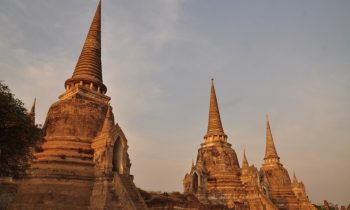 Ancient Capitals of Thailand by Train 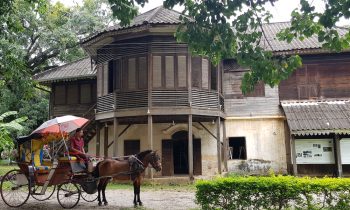 From Bangkok to Chiang Mai by Train 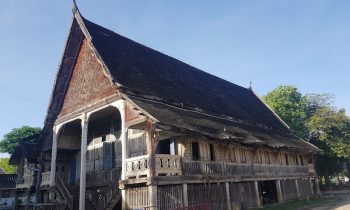