The Poy Sang Long Festival takes place each year between March 20 and mid-April in many temples in North Thailand. It is more of a ceremony than a festival.  In Chiang Mai, there are two temples where this ceremony takes place: Wat Pa Pao and Wat Ku Tao. Wat Ku Tao usually has more than 50 boys involved. The event at Wat Pa Pao is usually smaller. The parade on the last day is worth seeing. Around Chiang Mai there are lots of local temples that organise similar but smaller ceremonies. The ceremony at Wat Ku Tao is the biggest: usually more than 30 boys participate.

The festival is essentially Shan or Tai Yai and means “ordaining the beloved sons”. Young boys from 7 to 14 years old go to the temple to be ordained as novices. They will learn the tenets of Buddhist teaching and the self-discipline required of a monk. After being ordained, they will stay in the monastery for a time that can vary from a week to many months or more.  Usually, a large group of boys are ordained at the same time. 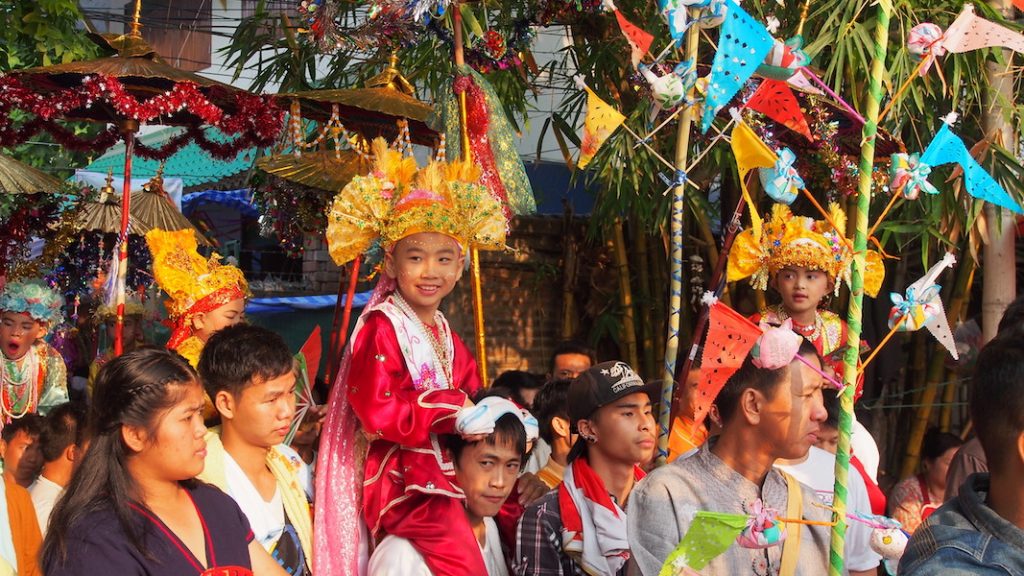 Poy Sang Long is a very colourful and interesting ceremony. For the duration of the event, the temple grounds are bustling with activity during daytime and in the evening. Family and friends of the boys are there as well as many visitors. There are food stalls, and there is music and entertainment. The boys are carried around the temple on the shoulders of their older male relatives. In Chiang Mai, the ceremony lasts three days and follows more or less below schedule.

In Mae Hong Son province, the ceremony sometimes takes 4 or 5 days. On the first day, “Rup San Long” day, the boys are the focus of family feasting and gift-giving before they are escorted to the temple to have their eyebrows and heads shaved and be ritually cleansed and anointed by bathing in sacred lustral water. They are dressed up as princes. The parade to the temple is accompanied by the shrill of flutes, the beat of drums and the clash of cymbals as local musicians give their support and respect to the boys.  In the procession, each boy is accompanied by three attendants: one to carry him, another to shelter him from the sun with a tall gold umbrella, and the third to guard the precious jewels. 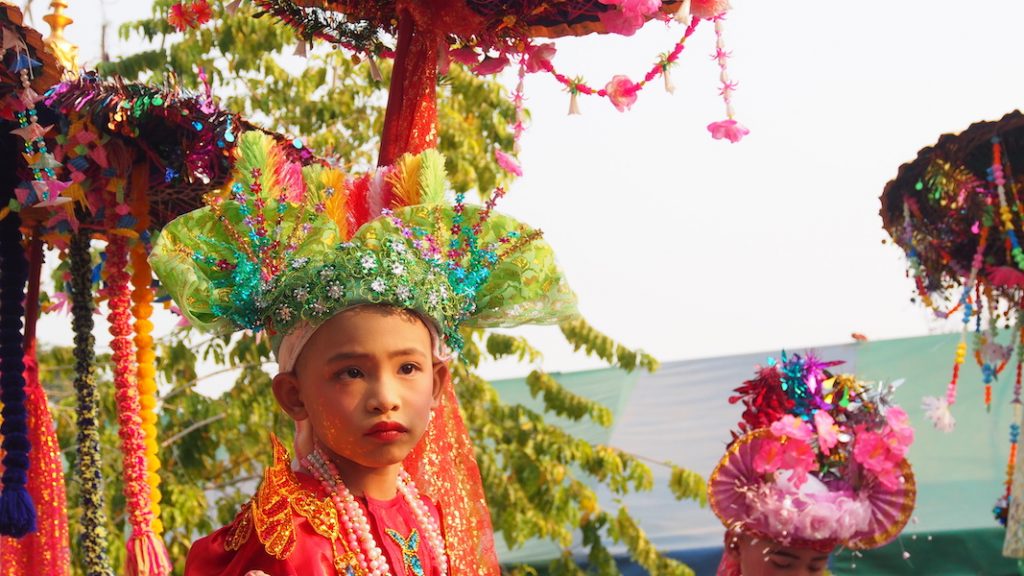 On the second day, “Kham Kaek” day, the young boy wears a snow-white turban and is again the centre of family feasting and dancing. Once more he will parade to the temple, with his dancing and drumming entourage, to offer gifts to Lord Buddha and the resident monks. The third day, “Hae Khrua Lu” day, is the day of ordination. This day begins with the procession of the boys to the temple for ordination. At the temple, the boys ask permission to be ordained from the senior monks. Once accepted, the boys then take vows, change the princely attires to yellow robes and become full novices. 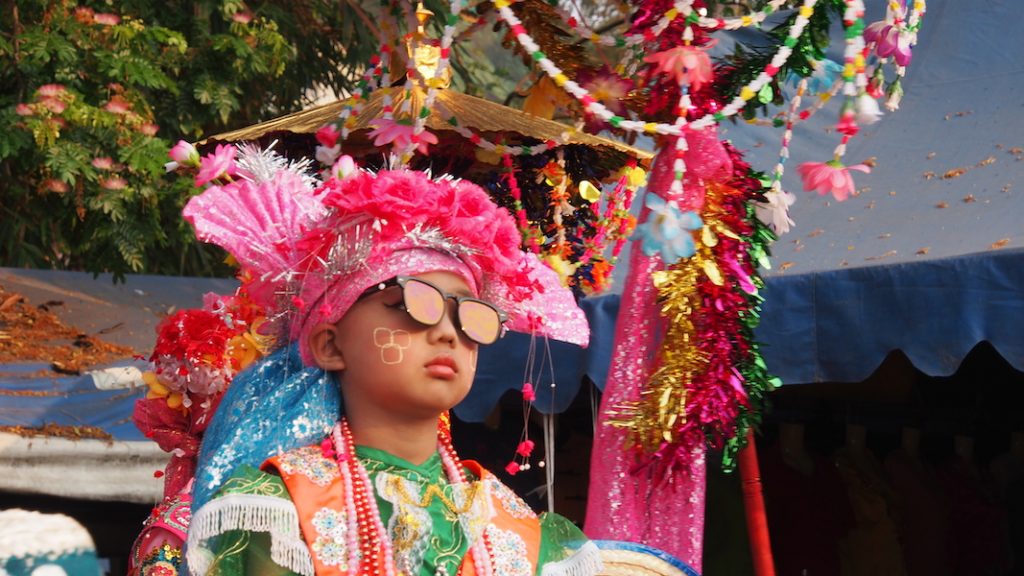