The small and charming town of Lamphun is the capital of the province of the same name. Lamphun was the capital of the Hariphunchai kingdom. It is about 30 km south of Chiang Mai. Due to its proximity to Chiang Mai very few people spend the night in Lamphun. The town has few hotels therefor.

Usually people visit Lamphun on a day trip. This town is much older than Chiang Mai: it was founded hundreds of years earlier than Chiang Mai. The town boasts magnificent temples such as Wat Phrathat Hariphunchai, Wat Phra Yuen and Wat Ku Kut aka Wat Chamathewi. The town hasn’t changed very much over the years.

Lamphun is the district of longan (lamyai). There are lots of longan plantations in the province. Each year there is a lamyai festival that usually takes place at the end of July or the beginning of August. The countryside around Lamphun is very scenic and ideal for cycling.

In September the Salak Yom festival takes place. This is an old tradition of the Tai Yong people who migrated from Burma to the area about 200 years ago. Most of the people living in and around the town are descendants of the Tai Yong. During the three-day festival, colourful donation trees of up to 5 meters tall dominate the Wat Hariphunchai.

Lamphun is one of our favourite destinations. Over the years this town has grown but has not lost any of its charm. 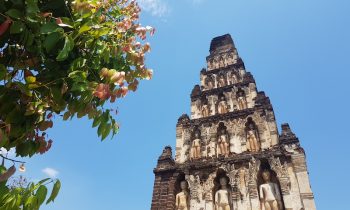 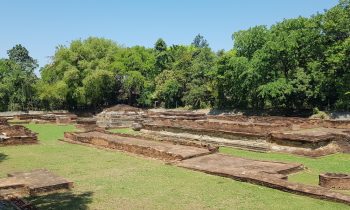 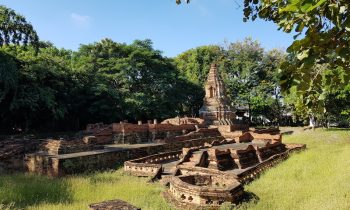