This tour starts and ends in Chiang Rai

Please note: we don’t operate this tour on Monday

This is a private tour.  The tour combines a short visit to Tachilek in Myanmar with a visit to the Golden Triangle, the spot where the borders of Thailand, Myanmar and Laos meet. For the advantages of a private tour vs a join tour look here.

Highlights of this tour:

Visit Tachilek and get a glimpse of Myanmar

Visit the Golden Triangle where the borders of Thailand, Laos and Myanmar meet

Visit the island Don Sao which is part of Laos

Your guide and driver will pick you up from your hotel in Chiang Rai for your Three Country Tour. This trip is private, so we are very flexible. First, we will drive to the Thailand-Myanmar border, about 60kms north of Chiang Rai. Our destination is Mae Sai, the border town on the Thai side. You will visit Tachilek in Myanmar on a day pass. It is the first country on our three-country tour.

We will walk across the border. You will immediately notice the difference. In Myanmar, many men wear traditional longyis. This is a sarong-like tube of fabric worn by both men and women. Please note the signs here all are in the Burmese language, which has a beautiful alphabet. Mae Sai-Tachilek is one of the most lively border crossings in the region. Thousands of Thai, Burmese and people of other nationalities cross this border every day.

The Shwedagon Pagoda of Tachilek

By local tuk-tuk, we will explore Tachilek. The local tuk-tuk is a motorcycle with sidecar, and it’s a necessary means of public transportation. It’s an ideal way to explore this border town. You will visit the Dhammayon Temple as well as the Wat Thai Yai, which is an excellent example of typical Burmese temple architecture. We will continue to Tachilek’s own Shwedagon Pagoda, a smaller copy of the Shwedagon Pagoda in Yangon. From this location you have a nice view of Tachilek. After this, we will enjoy an authentic Burmese lunch in a local restaurant. The Burmese Kitchen is decidedly different from the Thai kitchen. After lunch, there will be time to visit the exciting border market, a favourite destination for Thai day-trippers.

Return to Thailand. Continue to the Golden Triangle, the place where the borders of Laos, Thailand and Myanmar meet. In the past, this area was a battleground of drug lords and various armed groups. We will visit a small opium museum. The museum tells the story of the cultivation and use of opium. It exhibits opium weights and pipes as well as the traditional dress of tribal people. These tribes such as Hmong, Lahu, Lisu, Akha and Yao were involved in opium cultivation in the past. It is a fascinating museum.

We are now on the “Mighty” Mekong River which has its source in Tibet. It flows through China, Myanmar, Thailand, Laos, Cambodia, and finally Vietnam. It is one of the great rivers of the world. We will board our small private boat for a trip to Don Sao, a small island that is part of Laos. You will not cross any borders, though. There is a tourist market on the island. We are on Lao soil which is unique. It is the third country of today.

After our short visit to Laos, we will return to Chiang Rai. Whatever time we have left we will spend visiting some of the ruins of the ancient city of Chiang Saen. Before King Mangrai founded Chiang Rai in 1262, Chiang Saen was the capital of the Lanna Kingdom. It is believed to date back to the 7th century, making it one of the oldest towns in Thailand. Chiang Saen has the best-preserved city walls and moat in Thailand. Within and outside the canal several temple ruins make this sleepy town extremely interesting for those who are interested in archaeology.  Return to your hotel in Chiang Rai later this afternoon. It is the end of your Chiang Rai Three Country Tour. 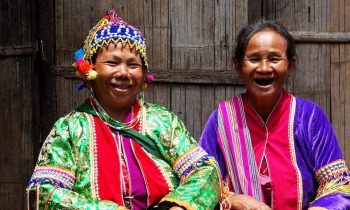 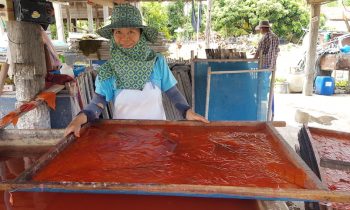