The Blue Temple in Chiang Rai

Wat Rong Suea Ten aka the Blue Temple is in Rong Suea Ten Village in the Rimkok District, on the north side of the Kok River. The temple is close to the famous Chivit Thamma Da Coffee House. Chiang Mai already has its White Temple, Wat Rong Khun. It now has its Blue Temple. Rong Suea Ten means the groove or ditch of the dancing tiger. There were tigers in this area in the old days, and they used to jump across a watercourse. So the villagers decided to call their village Rong Suea Ten. That is the story as it appears in the leaflet available at the temple. The Thai word “ร่อง” means groove or ditch, “เสือ” means tiger and “เต้น” is the verb for dancing. 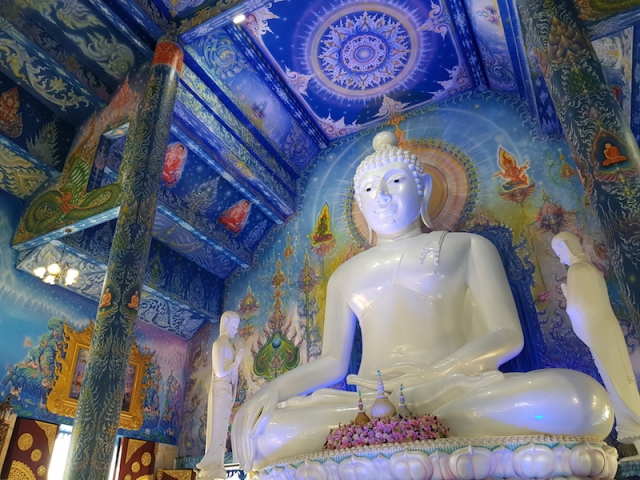 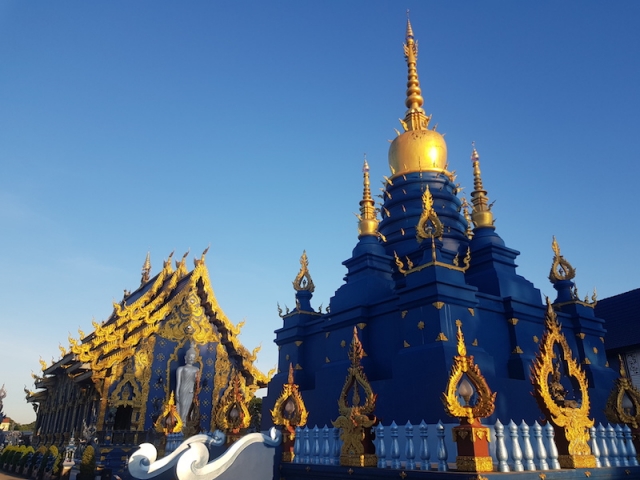 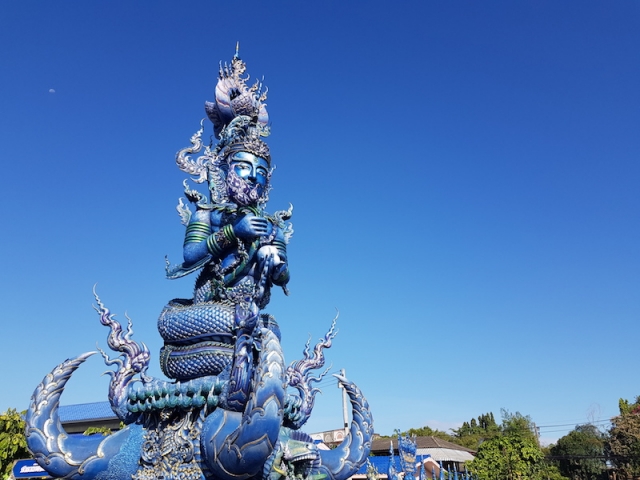 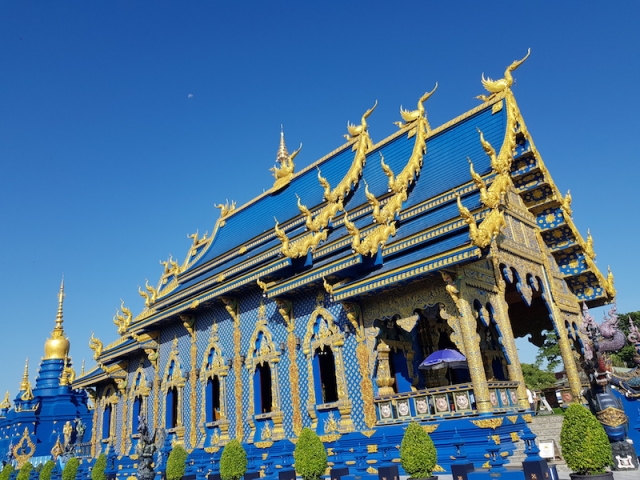 History of the temple

At the place of the current temple, there was a ruin of an abandoned temple, which was at least 80 years old. In 1996 the villagers decided to construct a Buddhist place of worship on this particular location. Construction of the Temple started in October 2015. Blue happens to be my favourite colour. It makes the temple aesthetically very pleasing to the eye. The interior of the wihan is exquisite. Two spectacular dragon statues guard the entrance. The design of these dragons has been inspired by the work of national artist Tawan Duchanee (1939-2014). He is the creator of the famous Black House, another interesting attraction in the Chiang Rai area.

The Blue Temple is under development, just as Wat Rong Khun. They are continuously adding buildings and statues. At this moment entrance is free. Since the first time we visited the Blue Temple in 2016, it has changed considerably.

Wat Rong Suea Ten is in our list of Things to Do in Chiang Rai.